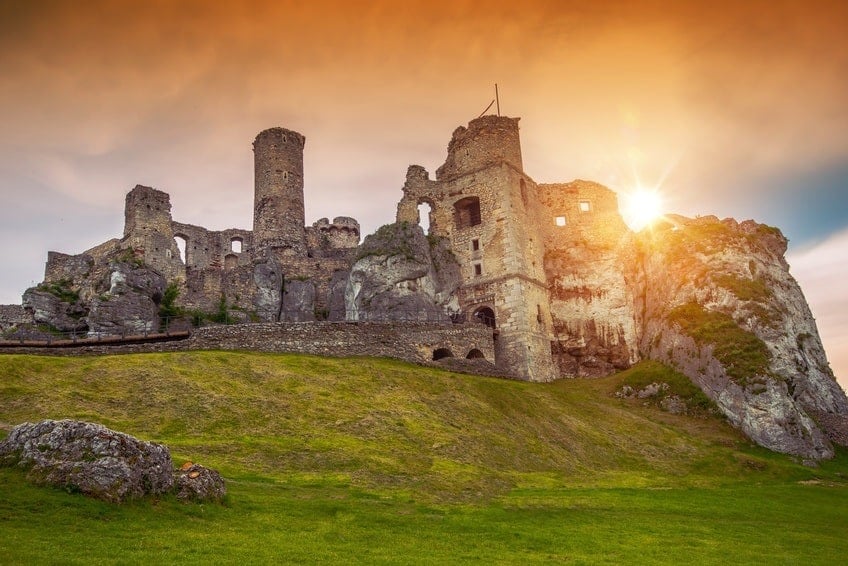 It might seem like a relatively modern idea, but once you know a little about the history of life insurance, you’ll realize that it’s anything but modern. In fact, it’s older than Christianity.

The concept of life insurance began with the rise of so-called “benevolent societies” 600 years before Christ. These organizations provided rudimentary forms of health insurance and life insurance.

But the history of life insurance as we might recognize it begins in the military–the ancient Roman military, in fact. Gaius Marius, “the third founder of Rome”, started the first “burial club”. He was still a general in the Roman army at that time (100 years before Christ.)

Here’s how the burial club worked:

Soldiers could opt into the burial club. If you were a member of the club, the other soldiers in the club paid for your funeral. If you outlived them, you chipped in toward their funeral.

Burials in Roman times were possibly even more important than they are today. The ancient Romans believed that failure to bury someone properly would result in a miserable ghost.

The Evolution of “Burial Clubs”

The concept of a burial club in Rome evolved over time until it included a stipend for the deceased’s next of kin. This original form of life insurance was common until the fall of the Roman Empire almost 5 centuries later.

Things have changed a lot since then. Marijuana use had no effect on whether you were eligible for membership in those days, for example. No one had to take any kind of medical exam, either. All of that came later.

The History of Life Insurance During the Middle Ages

Most of what we might recognize as insurance coverage during the Middle Ages was handled by the various guilds. These were organizations of skilled laborers that combined elements of a modern-day labor union and a secret society.

Modern Insurance in the Late 17th and 18th Centuries

The first company to offer the kind of life insurance we’re used to today was the Amicable Society for a Perpetual Assurance Office. Sir Thomas Allen and William Talbot founded the company in London in 1706.

Here’s how one of those policies worked:

You would choose 1, 2, or 3 shares of life insurance. You’d then make an annual payment per share. A percentage of that contribution was paid to the widows and/or children of the dead members. That amount was divided up based on how many shares the member had owned during his life.

Actuarial Tables and the Beginnings of Modern Life Insurance

Edmund Halley compiled some statistics, but they weren’t detailed enough for such a purpose. James Dodson put together what we would consider more modern and useful actuarial tables. His goal was to launch a new life insurance company, because he was too old to get life insurance through Amicable. He died in 1757 before he was able to get a government charter.

Edward Rowe More was a student of Dodson’s, and he established The Society for Equitable Assurances on Lives and Survivorship 5 years after Dodson’s death. They were the first company to charge premiums based on age and mortality rates.

The manager of that company was called an actuary, which is now a commonly-used term in the industry. The first actuary at the company was William Morgan, who ran the company for 55 years. 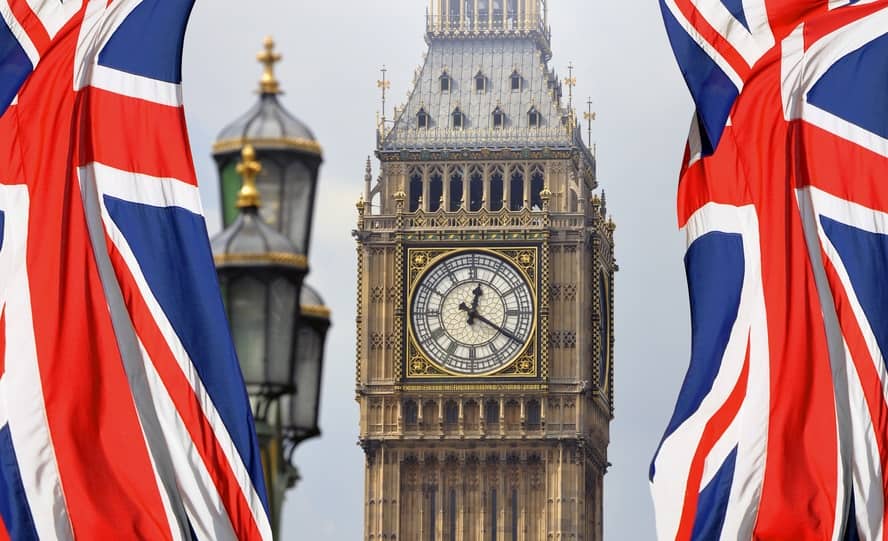 Lloyd’s of London originated in 1688 as a tiny shop on Tower Street. Then known as Edward Lloyd’s Coffee House, it was popular among seafaring merchants, and it became a leading source for news related to that industry.

And it became the birthplace of modern marine insurance.

Almost 100 years later, several of the people who had made insurance their livelihood formed a new company, New Lloyd’s Coffee House. That company is what we now know as Lloyd’s of London.

The Life Assurance Act of 1774

The industry became large enough in Great Britain that Parliament enacted The Life Assurance Act of 1774. The goal was to prevent abuse. Life insurance beneficiaries were required to have a financial interest in the life of the deceased.

This law and a similar law in Ireland (The Life Insurance Act of 1866) are still in place.

The history of life insurance begins in Rome and England, but it was also available in North America. Multiple churches, most notably the Episcopalians and the Presbyterians, also offered life insurance type coverage in the late 1750s.

The History of Life Insurance During the 19th Century

The United States lacked financial regulations and protection for consumers during the 19th century. As a result, during financial crises, life insurance companies often were under-capitalized and went out of business.

That might sound small compared to some of the more modern financial crises the country has faced, but a dollar then was worth about $20 today. That’s $700 million in today’s dollars.

The Widows and Orphans Friendly Society

In 1875, the first company to offer burial coverage as their exclusive product was founded–The Widows and Orphans Friendly Society in New Jersey. You’ve probably heard of this company, too. They changed their name to Prudential, and they’re now a Fortune 500 company with over $2 trillion in life insurance policies.

The History of Life Insurance in the 20th Century

Group life insurance is probably the most common type of coverage today, but it didn’t exist until 1911. That’s the year AXA Equitable (then called the Equitable Life Assurance Society) wrote a policy covering over 100 Pantasote Leather Company employees.

Since this was a group policy, the company didn’t require medical exams. The concept was so popular that the company started an entire department devoted to selling this type of insurance.

Soon their biggest clients were the employees of Montgomery Ward.

The concept and the business continued to grow. By 1930, the United States could boast of over 120 million policies. These were enough insurance policies to cover the entire population of the country.

This is not to imply that everyone had coverage. Some people had multiple policies, while others had no coverage at all.

The History of Life Insurance and the United States Federal Government

By 1965, the federal government of the United States got involved in providing policies for members of the military. Serviceman’s Group Life Insurance was the result of a federal law. The government pays the administrative fees and a premium over normal rates. (Soldiers are at a greater risk of dying than the average citizen.)

The life insurance available through this law is still provided by multiple private companies, though.

By the 1970s, life insurance was common throughout the United States. 90% of married couples had at least some type of basic coverage, although single people were still less likely to have coverage.

Life Insurance in the 21st Century (And Beyond)

On September 11, 2001, the terrorist attacks that resulted in the fall of the World Trade Center killed 2977 people. This resulted in over $1.2 billion in life insurance claims.

Life insurance has become less popular as the century has progressed. Almost 1/3 of American households have no life insurance at all. This is the worst coverage in the country in half a century.

This is perhaps surprising, as the rise of the Internet has made competition for life insurance products more robust than ever before. When you have access to dozens–even hundreds–of companies competing for your business, prices go down.

The Rise of Big Data and New Financial Markets

This access to information about insurance and other financial products has led to life insurance becoming an investment vehicle of its own. Big companies which have large numbers of customers in urban areas face a lot of risks. A terrorist attack can have a major impact on a single company’s numbers, even if it’s a large company.

As a result, life insurance companies have started spreading the risk around by allowing other companies to invest. This has created a marketplace of its own, related to but separate from the stock market.

One example of such a marketplace is the life-settlement business. Here’s how that works:

But you have a life insurance policy that’s all paid up, and it’s going to pay $500,000 upon your death.

A buyer might be willing to buy that policy for $300,000 in cash. This will enable you to live in style for the few years you have left.

Depending on how soon you die, the buyer of your policy sees a good return on their investment, too.

Buyers and sellers base this type of transaction on actuarial tables. A buyer of a life insurance policy has a target ROI. That buyer uses actuarial tables to predict the length of time you’re likely to continue living.

Maybe, but many financial experts think this kind of “old age insurance” is good for the buyer and the seller.

More about the Future of Life Insurance

What else does the future hold for life insurance companies and customers?

It’s hard to say, but one thing is certain. Life insurance companies have more data to sift through than ever before. Technology and innovation always mean major changes to any business, including life insurance.

Many life insurance customers these days wear apps like FitBit, that measure how much exercise and sleep a person gets. Insurance companies can use this kind of data for even more granular evidence of a person’s health. How will this affect life insurance in the future? Are companies going to offer discounts to customers who use such products and can demonstrate how healthy their lifestyles are?

It’s likely that the life insurance products that we’re familiar with today will seem as quaint and unsophisticated to our great-great-grandchildren as the widows’ and orphans’ societies of yesterday seem to us.

The following resources were consulted when researching this post: