Life Insurance Approval with a Felony Conviction (Yes, it can be done)

If you are currently on parole or probation, your options will be very limited. We do have access to one company that will approve up to $50,000 in coverage. You cannot have been denied previously for life insurance and must be able to answer "NO" to 8 health related questions. Parole, probation, or your criminal record are NOT one of those questions. Please fill out a quote form and we'll be in touch to discuss this product with you.

I'm not going to sugarcoat this.

Getting life insurance with a criminal record will be tough for most people.

We'll give you the honest truth about what to expect and how to increase your chances of getting approved for life insurance despite that felony conviction on your record.

After this article, you’ll know exactly what to do. Here is what we’ll cover:

Yes, most life insurers are going to ask about a felony conviction if you are applying for a traditional fully underwritten insurance policy. It seems logical that if a life insurer is going to check your driving record, they will most certainly check for felony convictions. It’s all part of the underwriting process that determines whether your health and lifestyle make you an acceptable risk.

Let’s be clear on this:

Why a Felony Matters for Life Insurance

You may be thinking...

"Hey, it's in the past, why should it matter for my life insurance rates?"

Life insurance is all about risk factors. Some of the reasons felons are considered risky are:

The big one: More than 50% of people released from prison will do time again within the first 3 years according to the Bureau of Justice data. Insurance companies go by numbers and statistics. This one certainly works against those with criminal records. A person could die while committing a new crime and/or be at increased risk of death and poor health by going back to prison.

Not All Insurance Companies Look at Felonies the Same

These five types of crimes represent over half of the prison population and are therefore a serious issue with life insurers. The crime itself may not be life-threatening, but serving time in prison is. In fact, crimes that involve larceny or assault are less likely to be a problem with an insurer as a drug or alcohol related crime.

The good news for applicants with one or more felony convictions is that not all insurers are the same. Some will offer coverage and some will not. Knowing this, your first step should be to call us and discuss your situation so our insurance professionals can determine in advance which insurer will be most likely to offer coverage in spite of your felony conviction.

The insurance professional you rely on is as important as the carrier you apply to. It makes little sense to apply for life insurance with a life insurance company that historically denies coverage to applicants with a felony conviction. Your independent agent will know who will and who won’t.

There are some types of crimes that will guarantee denial of coverage for traditional life insurance:

Unless a lot of time has passed, at least 10 years, your only option will be "guaranteed issue" policies. We can help with those.

If you've already tried and failed to get traditional life insurance after a drug-related felony, don't assume you have to go the "guaranteed issue" route just yet. Although most companies consider drug-related felonies an automatic decline, some will consider offering coverage based on your answers to the following questions:

Your answers to these questions will help the underwriter determine if you are an acceptable risk. The nature of your charge and conviction is important because certain convictions have a higher recidivism rate than others. In other words, the underwriter can establish how likely it is that you will return to prison for another felony conviction.

Remember, being in prison is considered life–threatening. The amount of time that has lapsed between your application date and the date you were convicted or released from prison is critically important. The underwriter will be looking for a demonstration of change in lifestyle.

Although alcohol-related felonies typically involve driving while intoxicated, many violent felonies are alcohol related as well. In these cases, the underwriter is going to require at least a two-year lapse between the conviction and probation before they will consider offering a policy.

If you've been declined for coverage when two years have elapsed, you've probably applied with the wrong insurer and should call our office for help.

What Will Determine Your Outcome

​A good independent agent will need to know the following upfront so they can increase your chances of approval:

​Type of Crime: We covered this above this above in the "Deal Breakers" section but certain serious felonies such as rape and murder will preclude you from getting insured, no matter how long it's been.

Severity of the offense: Shoplifting a pack of gum won't matter as much as robbing a bank.

How long ago the crime was: The longer it's been, the less impact on your rates and chances of approval.

Number of offenses committed: Multiple offenses show a pattern and will decrease the chance of a favorable outcome on a life insurance application.

There are many factors that will affect the outcome. Each insurance company weighs these factors in their own way. Work with someone who can help guide you through this maze and put you in the best position to succeed.

Time Is Your Friend (sort of)

The more time that passes since a conviction, the better off you'll be. Underwriters want to see positive lifestyle changes sustained over time. Someone who has been clean and law abiding for 10 years since their felony is a much safer risk than someone who just got out of jail last month.

Unlike your credit history, a criminal record never goes away completely. It will always be searchable and always be considered to some degree for your life insurance premiums.​

Depending on the crime and the insurance company you may have the option (or be required) to have certain exclusions placed in your policy. This can be a good and a bad thing.

An exclusion might state that in the case of repeating the crime you were convicted of, if it results in death, then the life insurance would not pay out the policy. It is basically like a limitation on the policy that says if death is caused by this scenario, then the insurance company is not required to pay the death benefit.

The reason this can be a GOOD thing is it allows some people that were otherwise uninsurable, to be approved, subject to these exclusions.​

How to Increase Approval Chances

Agents know up front that it will take considerably more work to get a policy issued for an applicant who has been convicted of a felony.

If you go through the typical call center agency, you'll likely be declined because the agent doesn't want to spend time on a case that may end up declined after they've invested time working on your case. You should, however, speak with an independent agent who has access to multiple insurance companies and is willing to do what it takes to get your policy issued.

Your independent agent will know in advance whether you have a chance at traditional life insurance or whether you need to get “guaranteed issue” insurance as a last resort.

In short, they will have the experience to offer you the guidance you need to make an informed decision. Agents, who are experienced in hard-to-place or high-risk cases, love the challenge involved and are willing to act on your behalf to remove the roadblocks that can result from a felony conviction.

If you'd like to have an honest, no obligation conversation about your options, please fill out our quote request form and we'll be touch shortly. Life insurance is our only business and we know it well. 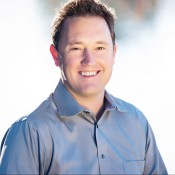 Ty Stewart is the founder of SimpleLifeInsure.com. He is an independent life insurance agent that works for his clients nationwide to secure affordable coverage while making the process simple. There is never any cost to use his services.